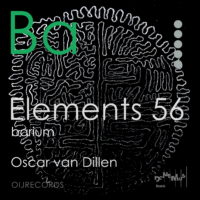 The yellow-colored layer was used to simulate a kind of Brownian motion bass register, in which many possibilities can be heard simultaneously. Going far beyond the 1950’s and 60’s deterministic avant-garde experiments by Xenakis, this is a true music of possibilities and probabilities, especially in the sense that it plays with the probability an attentive listener will hear or not hear certain phenomena.
One of the phenomena one can possibly hear is a very fast tempo driving the music in an almost free-jazz forward motion, not arising from bass progressions nor percussive sounds, but from the structured chaos of the interacting registers, which are polyphonically tied together. All in all the music of Barium yields an extremely intense listening experience. Despite the space it also offers, the listener can be overwhelmed by the stream of sound. As to the space one hears enveloping the sound: in the production of this work no added reverb at all was used, space was created with polyphonic and micro-canonic means.

END_OF_DOCUMENT_TOKEN_TO_BE_REPLACED 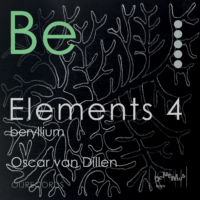 The music of Beryllium is a free pantonal polyphony of registers rather than of pitches or linear melodies. Registers used include the extremes, and extend far beyond the instrumentally feasible – a true electronic music therefore. One can clearly discern the references to outer space.
Whereas the music of Calcium (an important organic chemical component) is very much a musica humana instrumentalis by virtue of its registers and sounds, Beryllium (not part of vital organic chemistry) is represented by an opposite musical approach, much more abstract, and not resembling human instrumental music at all.
With the extensive presence of a variety of musical events in extreme registers, both high and low (the composer used 9 such distinct registers xtreme hi – very hi – hi – hi mid – mid – lo mid – lo – very lo – xtreme lo, the outer 4 of which are not found in instrumental music), in a way this music represents the emancipation of timbre to tone.

END_OF_DOCUMENT_TOKEN_TO_BE_REPLACED

The challenge with innovative contemporary music made for listening per se such as this album, lies in a challenge to connect in a free way, and go through the steps of open perception and appreciation individually, without recipe, without a priori dos and don’ts, without expectations but with memories, with a sense of exploration as in starting a new novel or unknown movie without spoilers:
1. Observe – hear everything, don’t be distracted, be aware of what happens in the various registers of time, tone, timbre, space, and volume (the range of each is much larger than with instrumental music): try to imprint what you hear into memory, ask yourself what is it objectively that I heard?
2. Evaluate – can you perceive every form distinctly enough, some things may be harder to hear, or are sounds that affect you emotionally or even physically: observe and evaluate the effect of it.
3. Interpret – observe your mind creating associations of its own: they are yours and not in the music itself yet are created by the music in you personally.

END_OF_DOCUMENT_TOKEN_TO_BE_REPLACED 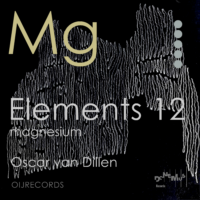 The meaning of the term electronic music has changed dramatically since modern composers started to work with electronic equipment in radio studios after the second world war. In the 50’s and 60’s of the 20th century it meant mostly avant-garde esthetics by an elite group of mostly male composers making the headlines for this at the time niche medium. Today the term changed meaning but at the same time its history is in the process of being rewritten as more and more female composers are being credited for having played a defining role in the development of the medium. In 2021 the acclaimed documentary film called Sisters with Transistors was released, it demonstrated this process for a larger than specialist audience. One can also conclude that on the whole and over time the term electronic music defines a medium, not a style.

END_OF_DOCUMENT_TOKEN_TO_BE_REPLACED 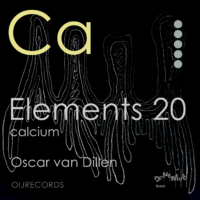 In 2365 an obscure recording and score were found in a cave in the Sierra Nevada. The composition was titled “100+ Recorders and 4 Organs (2022)”, it does not appear in any surviving catalogue of the digital era. Purportedly performed and recorded in the Granada cathedral nearby, two portative organs were added to the two positive organs already present. One can only speculate if that many recorder players participated, or that perhaps the audience were handed out flutes to participate? The work does give the impression of some kind of ritual.

END_OF_DOCUMENT_TOKEN_TO_BE_REPLACED 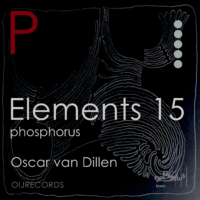 A reflection of and on the volatile basic nature of the element Phosphorus can be found in the sparkling and resonant distorted sounds used overall. In all three parts a variety of rhythmic elements arise and decay. In view of the overall presence of the complete spectrum of sound, this album comes close to being a kind of sculpted noise.
This has been achieved in two ways: by sculpting noise from various sources (white, pink, brown) into resonances, and by sculpting and distorting resonances and sounds into noisiness. Both latest and more traditional electronic modular technologies have been used to achieve this.
Among the inspirations for this album have been works such as Sisyphus by Pink Floyd (which was on the very first record the composer ever bought in his life), Free Form Guitar by Chicago, and the overall sound explorations of many of the later Jimi Hendrix solos. Van Dillen found works such as these to capture best the basic nature of the character of the element Phosphorus in sound.

END_OF_DOCUMENT_TOKEN_TO_BE_REPLACED 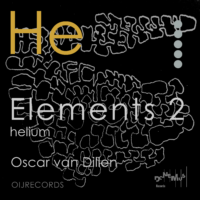 Helium is the first compound element, and the first of the group called the noble gases. This name was chosen because this group (column in the periodic table) is chemically unreactive under conditions that favor human life. Since Helium was among the first-born atoms, it is very abundant in the universe. Though rare on earth, Helium’s universal abundance is second only to that of Hydrogen.
One can imagine that at the reality of a larger than primal atom, the road is open for more complex atoms, and so it was: in the heavier stars, thermonuclear fission processes produced heavier elements still. In fact, there is not a single heavier atom that was not created at some point in time in some star. All matter is stardust. All heavier atoms are the product of nuclear fission in stars.
We ourselves are the children of stars become aware.

END_OF_DOCUMENT_TOKEN_TO_BE_REPLACED

One of the main aims when creating Azote was to create a music in which sounds move musically, and where the pitches are not the necessarily most important sound aspects, but sound, register and dynamics are, and it was composed so that each sound has its own sense of space with it. Also sometimes these spaces move independently within the music, allowing for sounds to enter and sound in these spaces. Thus beat becomes breath, or the lack of it.
Although at first hearing it appears that rhythm is the main musical area explored, deeper listening reveals that the music is happening within the virtual spaces created by what we can call breathing rhythmic bubbles of sound.
The importance of the sense of architectural space gives Azote aspects of soundscape, but the fact that these spaces are formally treated and move about in an overall very rhythmical way, points again to a possible symphony. But these are mere words, insufficiently able and possibly obsolete to describe let alone categorize this music.

END_OF_DOCUMENT_TOKEN_TO_BE_REPLACED 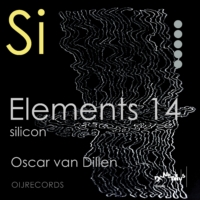 Silicon is the second most abundant element in the Earth’s crust, after Oxygen, the latter being also abundant in the atmosphere. In the periodic table Si is placed just below C and the two elements share many characteristics. Still, Carbon is the basic element for life, and no Silicon-based life has been discovered yet, although Science Fiction novels speculate on this possibility. Still, our simulation of life, A.I. technology (Artificial Intelligence), is largely Silicon-based because microprocessors depend on Silicon and other semiconductor elements, such as Germanium and Gallium, all of these lower neighbors in the periodic table. Their semi-conducting micro-circuitry is etched into them. Silicon makes present-day digital technology possible: our computers, phones, games consoles, our so-called smart household machines, the lot of them contain many elements, but essential is Silicon, and not just as semi-conductor, without which all this technology would not be possible.

END_OF_DOCUMENT_TOKEN_TO_BE_REPLACED

Two structural elements that make carbon bring life to our planet are therefore 1) the chains and 2) the cycle. These two structural elements form the base of the originally created modular instrument on which the music of this album was performed. The composition process for the music on this album therefore involved the design and creation of the instrument, of the 7-part music, and the recording of the performance of the music.

END_OF_DOCUMENT_TOKEN_TO_BE_REPLACED 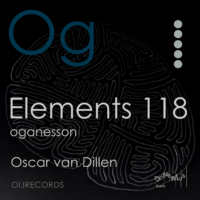 The music of Oganesson is a one-part large and slowly evolving sound architecture, monolithic as it were, yet developing. Within this continuous composition, 5 parts each consisting of 5 layers can be discerned, each with a different balance and each with its own composition, but all created of similar, related elements, in similitude to the 5 atoms of the element Oganesson that have been created under laboratory conditions at its discovery, earlier this 21st century.

END_OF_DOCUMENT_TOKEN_TO_BE_REPLACED

Hydrogen, being at the beginning of all creation, of all spacetime, of all matter, of all life, required the music, the composition to be like an open projection area for all possible associations during listening. In fact, by selective listening one can discern the simultaneous possibilities for various works all in one.